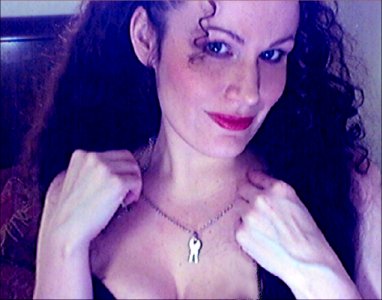 Nothing keeps a man under Your thumb like chastity!  Like a caged hamster, that man will literally jump through hoops, sit up on his furry hind legs, twitch his nose, and beg for any morsel you toss through the bars of his little cage.  Take away a man’s privilege to orgasm, make him rely on YOU solely for his only form of release, and you can easily mold him into anything you want him to be.  It’s all about conditioning and training.  Train a horse to follow your lead with sugar cubes and a few soft words of encouragement and soon that wild and untamed yearling is literally hoofing around in excitement about the idea of being haltered, saddled, and ridden.  men have no source of control when it comes to ejaculation.  men will gorge themselves like pigs when given custody of their penises.  They’ll binge on prostitutes, titty bars, and pornography, hours and hours of jacking off like crazed animals over the internet or any pervy ideas that pollute their sperm-laden brains.  Make your man work for you.  By being the SOLE granter of his orgasm, he will become grateful and consumed with love and adoration for you.  he will bend over backwards to please you.  Orgasm becomes a gift you grant; something he works to achieve; a goal to keep him motivated to good behavior and work for YOUR leisure.

Give a child too much candy, he’ll become a spoiled brat, get a mouthful of cavities, and gorge himself until he pukes, unable to curb his cravings.  Too much wanking spoils a worm.  I also think that proper chastity teaches a man better respect for WOMEN.  Sexist, delusional piggish men often think of Women as a means to orgasm…a vehicle for the penis.  By taking control of his sploogings, he is taught a lesson.  WOMAN is possessor of the key.  WOMAN can lose the key.  WOMAN can refuse his orgasm.  WOMAN owns him through his need.  WOMAN, Lord and Master, can charitably let him spill his balls OR keep him bound in miserable dick slavery.  Since “penis” is the center of man’s universe…WOMAN is transformed into SHE who controls the center of man’s universe..in short, SHE BECOMES GOD.